I WAS BUTCHERED BY A PRODUCT APPROVED BY THE FDA! 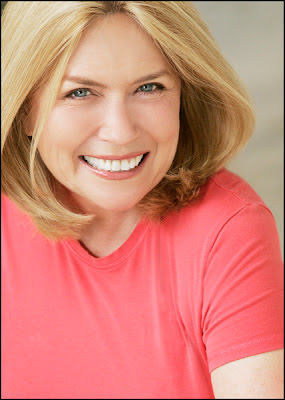 “THE CHOICE TO MAKE AN INFORMED DECISION ABOUT MY OWN HEALTH CARE WAS TAKEN AWAY FROM ME.
I WOULD RATHER BE INCONTINENT AND HAVE MY LIFE BACK.
WHAT HAPPENED TO ME IS NOT GOING TO HAPPEN TO OTHER WOMEN.”
- LANA C. KEETON, JUNE 27, 2007
MY NARRATIVE OF THE EVENTS OR
WHY I'M SUING THEIR ASSES OFF!
A GYNECARE TVT System was used to surgically implant a GYNECARE TVT Device, a non-absorbable PROLENE MESH TAPE , 1.1cm x 45 cm, Catalog/Model #810041 into me, Lana C. Keeton, on or about December 21, 2001. The surgery was performed on me at the Mt Sinai Hospital Gumenick Ambulatory Surgery Center, located at 4300 Alton Road, Miami Beach, FL 33140. A life threatening infection was caused by the TVT Device itself, and by the procedure to implant the TVT Device, using the TVT System’s TVT Introducer and TVT Rigid Catheter Guide.
I underwent a second emergency surgery to remove the life threatening infection known as necrotizing fasciitis, a flesh eating bacteria. A large portion of the flesh and underlying tissue of the left side of the my stomach was removed to prevent certain death from the infection. The wound was not surgically closed. The wound was left open to be debrided and cleaned daily for weeks by health care professionals.
Following emergency surgery, I remained in the hospital in the burn unit of Ryder Trauma Center of Jackson Memorial Hospital in Miami, Florida. While in Jackson Memorial, a million units of a broad spectrum of antibiotics was administered intravenously every two hours for at least four days following emergency surgery. The infection was not controlled.
A few days later, intravenous antibiotics were started again and administered for approximately another 8 days. Following discharge from Jackson Memorial Hospital, I returned to clinic every 3 to 5 days until early March to be treated. At the clinic, Doctors continued to cut infected tissue from the wound in my stomach. This cutting was done without anesthesia and it hurt, bad!On days I did not go to clinic, home health care nurses cleaned the wound twice daily for weeks. At the same time, gauze soaked with a bleach solution, called Dakins solution, was applied directly to and left in the open wound. Nasty! This was an extremely painful process.
The scar left by the wound has attached itself directly to the fascia below. As a result, the skin will not move where the scar is. The scar is not flat. It has crevices and is not straight. My stomach looks like a road map from the scars of the two surgeries and the multiple debridements (cutting and removing of infected tissue).
I lived with the ever present fear of death. In constant pain, I was in danger daily of death for almost three months. Re-hospitalization was required at the end of January 2002 because the infection was not controlled. During this entire time I was highly infectious and was in danger of being infected in other parts of my body. Infection of other parts of the body would have required removal of any site that the flesh eating bacteria moved to. Such a thing is so horrifying to live with that I remain traumatized and frightened of it all to this day.
I was a danger to others during this entire time. Anyone else contaminated with liquid from the wound would have required the same treatment as me, aggressive debridement of the infected area. A portion of the TVT Device (Prolene Mesh Tape) cut into my bladder following the two surgeries. That portion of the TVT Device has remained inside the bladder instead of supporting it as it was purportedly designed to do.
The portion of the TVT Device that remains inside my bladder has required continuing monitoring and multiple surgical procedures to remove it.
The TVT Device has cut and/or moved into my bladder for over 5 years. It continues now to cut and/or move into my bladder. I can feel that as I type this and it is an awful feeling, believe me! As if that isn’t bad enough, the cutting of the tissue by the TVT device causes ongoing bladder problems for me. I have become urge incontinent, have difficulty emptying my bladder and who knows, I may be unable to void in the future. I’ve discovered this is a progressive symptom caused by the movement of the TVT device within my body. My monitoring and surgical procedures will continue indefinitely.
Subsequently, my life became very complicated and unstable as a direct result of this surgery touted by doctors as a simple, outpatient procedure.
The whirlwind of activity included but was not limited to:
1) seeing doctors and going through procedures, not to mention the worry and anxiety of not knowing what was wrong with me.
2) medical malpractice lawsuit – providing documentation, consulting with attorneys, doing depositions.
3) product liability lawsuit – prosecuting the complaint, doing research, writing and filing motions, driving downtown to the courthouse, serving subpoenas, doing depositions, being humiliated, harassed and badgered by the counsel for the defendants at deposition.
Additionally, I was furthered injured by the malfunctioning of a medical device called the Harmonic Scalpel used during the surgical procedure to implant the TVT Device. The Harmonic Scalpel is manufactured, marketed, sold and distributed by the defendants in my lawsuit.
In addition, I lost approximately 700 cc’s of blood during the surgical procedure from the malfunctioning Harmonic Scalpel complicating the surgical procedure. This significant loss of blood compromised my ability to fight the infection, necrotizing fasciitis, a flesh eating bacteria.
Now, all that's not what I expected to happen from a little outpatient procedure!
Read On and Get Righteously Indignant!
www.investor.jnj.com
In the United States, attention has been focused on drug prices and profits and programs that encourage doctors to write prescriptions for particular drugs or recommend particular medical devices.
www.investor.jnj.com/governance/EdgarDetail.cfm?CompanyID=JNJ&amp;amp;amp;amp;amp;amp;amp;amp;amp;CIK=200406&FID=950123-00-313...
Posted by Lana Keeton at 9:55 PM 2 comments: