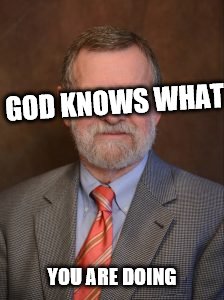 Can you say evil? The all powerful Henry Gilbert Garrard III’s disdain for women is legion.His law firm is Blasingame, Burch, Garrard & AShley, PC, Athens, GA. In the age of #MeToo, Henry Garrard stands shoulder to shoulder with Harvey Weinstein for his legal rape philosophy of “Don’t Kill the Company” causing the ritual physical abuse of literally thousands of women through the Court mandated sur...gical removal of synthetic surgical polypropylene mesh from their pelvises in order to receive settlement. PTO #298, Apirl 11, 2018Ethicon MDL 02327 West VA. The necessity of “Surgical Mesh Removal” is the strawman gaslighting creation of Garrard, much like the TLV of the Pittsburgh Corning Asbestos trials heard before retired Judge Daniel Stack.

Garrard”s power lies not in his legal knowledge or intelligence, but in the good old boy network. Without it, Garrard would be a pauper. As Garrard told me, face to face in his office in Athens, GA in October 2016, Judge Joseph Goodwin trusts him. What that means, I do not know. I just know from personal knowledge Henry Garrard III is not trustworthy.

"Henry G. Garrard III and other members of Blasingame, Burch, Garrard & Ashley involved in representing Pittsburgh Corning knew False Evidence was placed into the record that denied and/or suppressed the asbestos-cancer link, known by industry and their associations as far back as 1933. During the trial period when Henry and Blasingame, Burch, Garrard & Ashley represented Pittsburgh Corning, 448 members of the class died waiting for their cases to be heard. See Cimino v. Raymark Industries Inc., 739 F. Supp. 328 (E.D. 1990). Much worse is, hundreds of thousands have died from asbestos linked lung cancer and other asbestos caused diseases over the last 80 years.”
Posted by Lana Keeton at 1:04 PM No comments: Links to this post 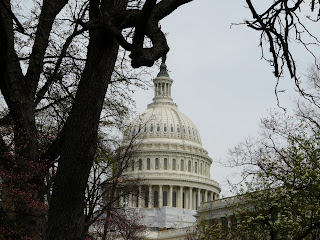 A wooden stake into the heart of a vampire while sleeping in its coffin is supposed to ward them off. But I have no idea how to ward off shamans, sociopaths, liars, drug addicts that have infiltrated our court system. [Mark Mueller, Henry Garrard III pictured]


Maybe publishing the letter I had sent to Henry Garrard III’s law partners at Blasingame, Burch, Garrard & Ashley advising them of their responsibilities as members of the bar association will help. In more than a year and a half, my concerns about the mental health of Henry Garrard III don’t seem to have been addressed.
His power over all other Plaintiff’s Attorneys in the Pelvic Mesh Multidistrict litigation in West Virginia is untouched. He is still co-lead counsel of over 104,000 Pelvic mesh cases in West Virginia. And as far as I know, on the Plaintiff’s Steering Committees for Ethicon Physiomesh, Atrium CQur and the Johnson & Johnson talc cases.
I received no response and have no knowledge the partners at Blasingame, Burch, Garrard & Ashley took the appropriate actions to report Henry Garrard III to the State Bar of Georgia. So Henry Garrard III continues to wreak havoc in multidistrict litigations for everyone: the judges, the juries, the plaintiffs and their attorneys because of Henry’s well known philosophy “Don’t Kill the Company”.
However, there is one good development, for the future patients who will not be injured by pelvic mesh. The false evidence the plaintiffs steering committee introduced at Henry Garrard’s direction in order to keep the Criminal Predator Drug and Device Corporations alive and well has fortunately started to back fire with Becton Dickinson’s C.R. Bard withdrawing all pelvic mesh inventory worldwide for both SUI and POP on March 8, 2019. Dominoes coming?
SOCIOPATHS, SHAMANS, LIARS AND DRUG ADDICTS ASIDE, THE LEGAL DOCTRINE “WILLFUL BLINDNESS” may apply in this situation to all the plaintiff’s attorneys in every single case in West Virginia, not just Henry Garrard III’s partners?

“FIGHTING TO STOP UNEQUAL JUSTICE UNDER THE LAW”

Volume II Issue 4 March 17, 2019
© 2005-2019 all rights reserved Lana C. Keeton
This material may not be published, broadcast, rewritten or redistributed

Posted by Lana Keeton at 10:41 AM No comments: Links to this post 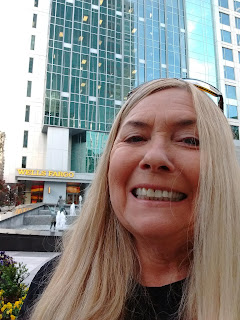 TRANSVAGINAL MESH MDL PARTY OF THE LEGAL CARTEL IS OVER!
C.R. BARD TO STOP SELLING ALL PELVIC #MESH FOR SUI & POP and intend to WITHDRAW REMAINING SUPPLY WORLDWIDE. Watch for the Domino Effect with Other Companies.
How unfortunate that Henry Garrard III and Fred Thompson and Bryan Aylstock’s motto, “Don’t Kill the Company” has failed. With the smell of bankruptcy in the air, Becton Dickinson owned, C.R. Bard, has made a desperate decision. Give up hundreds of millions in revenue, to avoid the demise of the company. Praise the Lord thousands and thousands of women will not be barbarically wounded in the future with the these medieval mesh products. See quoted news stories below:

“It’s important to note, there are no specific safety concerns associated with this recall and there is no need for people to have the device removed or have any extra follow-up checks.
If you have any questions about your implanted device, please speak to your implanting surgeon or clinic.

Further information
The safety and efficacy for the use of these products, and the associated surgical procedures to implant them, has not changed.
This product withdrawal only affects Bard’s urogynaecological mesh products, this withdrawal will not create a supply issue.
We encourage anyone, patient, carer or healthcare professional, who is aware of a complication or adverse event associated with a medical device, to report to us via the Yellow Card scheme.
MHRA have issued a Medical Device Alert.


For our media statement and further information, please contact newscentre@mhra.gov.uk”


DIRECT QUOTE BELOW FROM:

Leading manufacturer exits vaginal mesh market
Simon Bowers   March 8, 2019
One of the biggest manufacturers of vaginal mesh implants, C.R. Bard, is ending all production and marketing of the controversial products after years of campaigning by women around the world.
Campaigners applauded the decision but queried why it had not been made sooner. Bard halted the use of certain mesh products in the United States almost seven years ago amid concerns raised by women and regulators.
Since then, Bard has paid out hundreds of millions of dollars in settlements and damages in the U.S. to women who said they were harmed by mesh. At the same time, the company continued selling mesh outside the U.S., where different laws meant the threat of costly lawsuits was lower.
Bard’s decision to shut down its remaining mesh business comes three months after the International Consortium of Investigative Journalists’ Implant Files investigation revealed how light-touch regulation has made Europe a honeypot for firms marketing little-tested medical devices.Despite widespread warnings about the safety of mesh, Bard’s parent company Becton Dickinson insisted its decision to exit all markets was “a business decision and not a safety concern,” as was the partial retreat from the U.S. in 2012.
In a statement to ICIJ, a spokesman for Becton Dickinson said: “Yesterday [March 7], BD announced our decision to discontinue the manufacture and sale of [vaginal mesh] products in all remaining markets worldwide, so we no longer sell these products in any market.”
He added: “While thousands of women over many years have benefited from the safe use of these products, we have decided to stop production … to focus on other strategic priorities.”
For years, campaign groups in Europe and elsewhere have raised concerns about the safety of vaginal mesh, which is used as a treatment for urinary incontinence or organ prolapse. Mesh products were marketed as a less invasive alternative to surgery.
Campaigners point out that mesh has left large numbers of women with chronic pain and other debilitating symptoms.
Kath Sansom, founder of UK-based campaign group Sling The Mesh, said: “The decision is being celebrated by campaigners but the news is tinged with sadness, knowing how many healthy women have had their lives shattered, all because they trusted they were having a simple fix.”
In 2011, the US Food and Drug Administration issued a report saying that patient harm caused by mesh was “not rare.” In January the following year, it ordered several leading manufacturers, including Bard, to carry out new studies because it was “concerned with the potential safety risks.”
Instead of carrying out those studies, Bard withdrew its Avaulta mesh from the U.S. market. At the time, almost 90 percent of mesh manufacturers discontinued their products in the United States or changed the product’s indication.
How Lobbying Blocked European Safety Checks For Dangerous Medical Implants
Bard and other manufacturers who chose in 2012 to withdraw products in the United States continued to market them in Europe and elsewhere.
Carl Heneghan, professor of evidence-based medicine at Oxford University in the UK, said: “Failing products and an unwillingness to develop evidence of safety underpins the vast majority of medical device withdrawals.” He predicted other manufacturers are likely to follow Bard’s lead and withdraw from mesh products.
Heneghan said that growing safety concerns around mesh meant governments should require doctors to follow up with all women with these devices.
Kate Kristmundsson, from Lolland in Denmark, was implanted with Bard mesh product Avaulta Plus in February 2012 and since then has been in pain every day. She told ICIJ’s Danish media partners DR that she had complained to Bard, but the company refused to help, partly because she had not sent them the mesh, some of which was still in her body.
Asked about Bard’s decision to continue marketing mesh outside the United States after 2012, Kristmundsson said: “I can’t believe it. I simply do not understand why there is no one who could have stopped it. It’s deeply shocking.”
A Becton Dickinson spokesman said: “Business decisions can vary region to region depending on current market conditions in that region. This can result in a company deciding to introduce and/or discontinue products at different times in different regions of the world.”
The Implant Files was a collaborative investigation involving more than 250 journalists at different media organizations around the world.
It was inspired by Dutch journalist Jet Schouten. In 2014, using secret filming, Schouten set out to prove how easy it was to get a license to market a medical device in Europe. She took the plastic net packaging from mandarin oranges and attempted to pass it off as surgical-grade mesh.


To accompany the plastic netting, Schouten produced a bogus technical file, full of deliberate design flaws. With documentary-making colleagues from Avotros, she then filmed certification firms, known as notified bodies, discussing her work. None of them spotted any concerns.


Posted by Lana Keeton at 9:23 AM No comments: Links to this post