~ REPUBLISHED ~
THIS IS THE REASON HR#985 HAS TO BE PASSED IN THE SENATE, TO WEED OUT MISFITS LIKE
AUSTIN ATTORNEY, MARK MUELLER.

I have given Mueller an opportunity to correct the lies in his Super Lawyer and Texas Monthly October 2012 ads. Mueller misled me when I first met him in 2010 to believe he was very interested in making changes for the public good. He talks a good game.

But seeing him first hand in interactions with his staff and his behavior in front of me personally tell a different story. Since that time I have learned he has a drinking problem, is a male chauvinist who calls Tequila shots "pussy juice", insults his women employees by making jokes about their vagina and who thinks it is funny to fart in public at an FDA Public Advisory Committee meeting.


I am setting the record straight. This is a very crass individual. 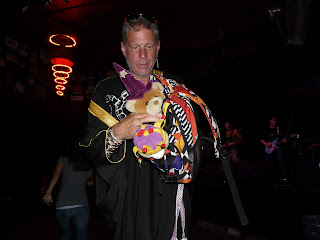 I am filing a grievance against Mark Mueller with the State Bar of Texas for his misleading and false representations in advertisements and his willful disregard of the Texas Disciplinary Rules of Professional Conduct.


Mueller misled me and used my name, likeness and good will developed over several years with thousands of people to enhance his own stature with prospective clients through Jane Akre and the website he finances, www.meshmedicaldevicenewsdesk.com. Mueller said he wanted to do the right thing for women injured by synthetic surgical mesh which I believed to be true and therefore allowed advertising by Mueller on Truth in Medicine in 2011.


Women who signed with Mark Mueller later contacted me telling me Mueller had had no contact with them for extensive periods of time. I intervened on their behalf and ask for a meeting to discuss the advertisement going forward to no avail. Despite efforts over a two month period to have direct communication with Mueller for assurance he would be properly representing these clients, no telephone or in person meeting was ever held.

i pulled the advertisement from the website before the end of the term. I was put in an untenable position with women and men I was trying to help as a patient advocate because of Mueller’s false representations.

Listening to him speak at a recent conference was the final straw. He spoke as one of the steering committee members for the West Virginia Transvaginal Mesh MDL. His presentation defines him: He said 3 times synthetic surgical mesh is "crap" and "medical marketing". I am very concerned for the people he represents.


Not only did Mueller make a fool of himself in his presentation at the conference, as I was walking through the reception that night, a room filled with prominent attorneys, I saw Mueller walking through the crowd with a stuffed bear in his hand sitting on a piece of red satin cloth.

The anguish is over. I told what I know. I hope it helps others avoid falling into an attorney/client relationship with him.

Refers to “’medieval’ treatment of women” in the ads while Mueller himself uses despicable terms in referring to women with his employees and sub-contractors. Mueller disrespects women.
Posted by Lana Keeton at 8:47 PM No comments: Links to this post

PUNITIVE DAMAGES AGAINST A CORPORATION HAVE ZERO EFFECT ON THE HEALTH & SAFETY OF HUMAN BEINGS.
DIRTY CRIMINAL CORPORATIONS WILL SIMPLY HIRE THE SAME ATTORNEYS TO CONTINUE TO PROFIT FROM HUMAN PAIN!
FOR EXAMPLE, CIMINO V. RAYMARK WHEN PITTSBURGH CORNING  filed motions for PITTSBURGH CORNING’S RIGHTS TO A TRIAL BY JURY against every SINGLE PLAINTIFF. 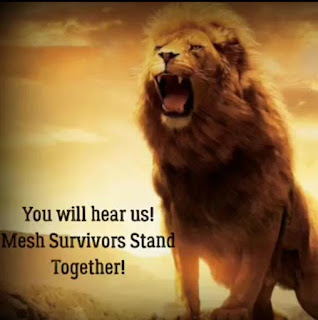 ENTIRE SECTION BELOW QUOTED FROM TEXT OF THE COURT DECISION!

4. Exemplary Damages
Pittsburgh Corning raises several challenges to the award of exemplary damages.   It complains of the admission of evidence concerning its Tyler asbestos plant.   Although none of the class had worked there and the asbestos exposure there was far greater than at the twenty-two sites at issue, the evidence was relevant to the exemplary damages issue as having some tendency to show Pittsburgh Corning was aware of, and consciously indifferent to, the risks posed by the asbestos it manufactured.   A limiting instruction was given in this connection.   No abuse of discretion in the admission of this evidence has been established.   See King v. Armstrong World Industries, 906 F.2d 1022, 1026 (5th Cir.1990), cert. denied, 500 U.S. 942, 111 S.Ct. 2236, 114 L.Ed.2d 478 (1991).
“․ [T]he Texas Supreme Court has emphasized at least since 1847 that exemplary damages are awarded not to compensate the plaintiff for any injury received but to punish the defendant and to deter others. [citations omitted] This Court too has repeatedly stated that exemplary damages are not compensatory under Texas law.  Jenkins v. Raymark Industries, Inc., 782 F.2d 468, 474 (5th Cir.1986) (‘The purpose of punitive damages is not to compensate the victim but to create a deterrence to the defendant, and to protect the public interest.’);  [citations omitted].
Texas courts have also rejected arguments that punitive damages should be reduced in proportion to the percentage of negligence attributed to the plaintiff.   Reduction of punitive damages is not appropriate because ‘[t]he purpose of awarding exemplary damages is not to compensate the plaintiff, but to punish and set an example to others.’  Elbar, Inc. v. Claussen, 774 S.W.2d 45, 53 (Tex.App.-Dallas 1989, writ dismissed as moot);  [citations omitted].
It is plain then that the trial here, and the trial plan, so far as concerned punitive damages and the multiplier, was formulated, approved, and conducted on the assumption that such damages were entirely punitive and to serve as an example and were several as to each defendant and related only to the wrongfulness of its conduct.   We accordingly reject plaintiffs' contention that Pittsburgh Corning should have been held liable for Celotex's punitive damages.
III. Conclusion on Pittsburgh Corning's Appeal and Plaintiffs' Related Cross-Appeal
In sum, we reverse the judgments in all the 143 phase III cases and in all the 5 extrapolation cases before us and those cases are remanded for further proceedings not inconsistent herewith.   As to the judgments against Pittsburgh Corning in the nine class representative cases before us, we reject all of the contentions raised on cross-appeal by plaintiffs and, with the single exception of the date on which prejudgment interest commences to accrue, we likewise reject all of Pittsburgh Corning's contentions on appeal.   The nine class representative cases before us as against Pittsburgh Corning are remanded for the sole purpose of recalculating prejudgment interest based on the accrual date specified in this opinion, and in all other respects said nine judgments against Pittsburgh Corning are affirmed.
REVERSED and REMANDED in part;  VACATED and REMANDED in part; REVERSED and RENDERED in part.
I write separately to concur in the excellent opinion in this case, but also to add some of my own comments and thoughts about these consolidated cases, which have burdened our judicial system for so many years.   In particular, I wish to express my concerns raised by Pittsburgh Corning's attack on Judge Parker's ingenious but, unfortunately, legally deficient trial plan.   This case is a striking example of the crisis presented by the state of asbestos litigation in our judicial system;  therefore, I am also writing separately to further urge upon Congress the wisdom and necessity of a legislative solution.
Texas law simply provides no way around Pittsburgh Corning's right to a jury trial as to causation or the requirement that causation and damages be determined as to individuals and not groups.   See In re Fibreboard Corp., 893 F.2d 706, 711 (5th Cir.1990) (stating that policy choices of State of Texas in defining “the duty owed by manufacturers and suppliers of products to consumers ․ are reflected in the requirement that a plaintiff prove both causation and damage․  These elements focus upon individuals, not groups.”).   If Judge Parker had conducted phase II according to his plan, however, rather than replacing phase II with the phase II stipulation, the only issue before us today would be the propriety of the phase III damages determinations.   Of course, the majority opinion correctly explains that these damages determinations were fatally deficient under Texas law and the Seventh Amendment as to the more than 2,000 “extrapolation” cases;  however, these “extrapolated” damages determinations are valuable in and of themselves as indications of an appropriate settlement range for each of the five disease categories involved.
It is clear that the enigma of asbestos litigation is not readily susceptible to resolution under the standards and practices representative of traditional tort litigation.   See Jenkins v. Raymark Industries, 782 F.2d 468, 470 (5th Cir.1986) (“Courts, including those in our own circuit, have been ill-equipped to handle this ‘avalanche of litigation.’  ․ Our numerous opinions in asbestos-related cases have repeatedly recognized the dilemma confronting our trial courts, and expressed concern about the mounting backlog of cases and inevitable, lengthy trial delays.”);   see also Lester Brickman, The Asbestos Litigation Crisis:  Is There a Need for an Administrative Alternative?, 13 Cardozo L.Rev. 1819, 1841 (1992) (arguing that “Appellate opinions arguably applying a ‘there is law and there is asbestos law’ doctrine can be found.”).   In 1991, the Judicial Conference Ad Hoc Committee on Asbestos Litigation (the “Ad Hoc Committee”), whose members were appointed by Chief Justice Rehnquist, issued a report noting that:
What has been a frustrating problem is becoming a disaster of major proportions to both the victims and the producers of asbestos products, which the courts are ill-equipped to meet effectively.

Posted by Lana Keeton at 4:19 PM No comments: Links to this post