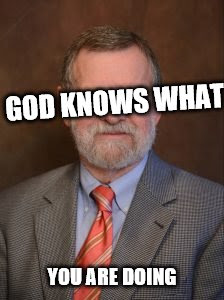 While Henry Garrard III defended Pittsburgh Corning from 1982-1999, his State of the Art (SOA) defense was based on the Threshold Limit Values (TLV) – which HAD NO VALUE and HAD NO BASIS IN FACT.

“The origin and development of the asbestos Threshold Limit Value: scientific indifference and corporate influence.” “In this article, the authors address the historical development of the American Conference of Governmental Industrial Hygienists' asbestos exposure guideline. They demonstrate that the proposed guideline was known to be inadequate when it was first proposed, was severely criticized between 1946 and 1968, but nonetheless was promulgated annually and remained unchanged 1971.” Int J Health Serv. 1995;25(4):667-96. Egilman DS1, Reinert AA.

In other words, LOTS OF PEOPLE DIED because of the corrupt, dishonest corporations and their lies from 1933 through the early 1990’s because litigation never told the truth. And in fact, Henry Garrard III taught his fellow defense lawyers how to perpetuate the lies:

In a 1987 seminar for defense attorneys entitled ‘‘State of the Art Defense: Is it Real?,’’ Henry Garrard III, a defense attorney, described how defense counsel should use the SOA defense in asbestos litigation:
…Although OSHA is a creation of the 1970’s, the basic mindset of the general public is that the government has been involved intricately in control of workplace exposures almost forever. Most of the people today have not grown up in an atmosphere that did not include significant government involvement. This can become a play for state-of-the-art throughout… Probably the final thing to consider is the necessity to warn and the different timings of warnings is to attempt to get the jury to place themselves back in the 1960’s, 50’s, and 40’s with the realization that times were different and expectations were different. Human factors experts or historians in general may be experts that we as defense lawyers have overlooked which might be helpful in making these presentations. Additionally, industrial hygienists who are not medical doctors probably should be used to a greater extent than they are used now to show the newness of that field and how they in fact rely upon the threshold limit value concept in general. After all, the threshold limit value concept is probably the best thing the defense has in its arsenal.

The asbestos product manufacturer courtroom defense is also based on the argument that manu facturers and downstream companies that used or  sold products had no duty to warn of hazards and  thus have no liability if their products resulted in exposures were under the TLV. This defense tries to convince juries that the TLV was statutory  rather than voluntary and that the government would have intervened to protect workers and the public had the industry’s products exceeded this limit. Essentially they argue that mere existence of a proposed safe level (the TLV) allowed them to escape liability that resulted from injuries that occurred to workers who were exposed to asbestos or asbestos-containing products that the industries sold. However, because the TLV was not health protective for either asbestosis or lung cancer, the companies must also contest the historical acceptance of the asbestos– cancer relationship.

As early as 1976, the AIA – an organization of asbestos product manufacturers and fiber suppliers – gathered to design the SOA defense. The defense was dependent upon the work that MetLife and others had previously done to cover up important cancer and TLV information. The AIA formed a ‘‘Legal/ Medical Research Program’’ and stated that ‘‘the primary purpose of the Legal/Medical Research Program is to improve the quality of defenses for asbestos companies involved in third party liability suits in tort.’’ [emphasis added]


So Mr. Garrard’s bio on his own website states “More importantly, as lead counsel for Pittsburgh Corning Corporation, he worked extensively with lawyers from across the country towards resolution of cases, and during his time as counsel for Pittsburgh Corning he resolved thousands of cases.” From  website “Surgicalmeshhelp”
Posted by Lana Keeton at 2:37 PM No comments: Links to this post 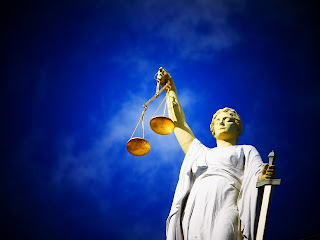 This is the strawman used in multiple bellwether trials in Mesh Multidistrict Litigation in West Virginia. It completely ignores the array of physical and chemical properties of Polypropylene Synthetic Surgical Mesh which make it incompatible with the human body.

Not to mention, the inherent manufacturing defects which I personally identified
as a manufacturing and device expert. Mesh is defective whether implanted or on the shelf.

However, leadership on the Plaintiffs Steering Committee, and you know who you are, have ignored a world of technical information readily available to you, through your discovery and your experts, that makes ALL polypropylene synthetic surgical mesh defective.

No, you are off to new MDL’s for Ethicon Physiomesh and Atrium C-Qur. You have abandoned over 13,000 women, PTO 273, whose cases have been dismissed without prejudice by Judge Joseph Goodwin because…. now here’s another strawman…. these thousands of women have not had surgery to remove the permanently implanted mesh that is like removing gum from your hair, a strawman created by the Plaintiff’s Steering Committee to protect the companies.

While I know many plaintiff’s attorneys have no control over their own mesh cases, and I am not talking to you, the Plaintiffs Steering Committee has spent, and received, hundreds of millions of dollars and polypropylene synthetic surgical mesh IS STILL ON THE MARKET.

The 3 men listed below from the 60 Minutes segment presented enough facts that Polypropylene Synthetic Surgical Mesh should have been recalled from the market years ago and NEVER implanted in humans, men or women and you can’t prove it in court.

1.      DR. MICHAEL MARGOLIS
“Dr. Michael Margolis is a surgeon who has removed 350 mesh implants. He's been a witness in lawsuits against Boston Scientific.
“Dr. Michael Margolis: The slings I've removed are substantially altered in their architecture. They are shrunk by at least 50% in width; they are encased in scar tissue. The pores here, these openings here are shrunk substantially.”

2.      DUANE PRIDDY
“Duane Priddy has been a witness in mesh lawsuits, but he is not part of any litigation against Boston Scientific. He explained to us that oxygen breaks up polypropylene. The plastic has antioxidant additives but they dissipate over time.”

3.      CHRIS DeARMITT
“Chris DeArmitt is a plastics engineer who researched Boston Scientific for one of the women suing the company.”
“Chris DeArmitt: They looked everywhere. They looked at least 20 different companies all around the world. They were looking for stocks of material.” 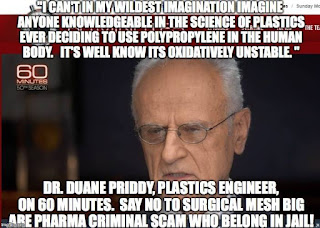 Posted by Lana Keeton at 1:31 PM No comments: Links to this post