SOCIOPATH ATTORNEY HENRY G. GARRARD, III LOW-LIFE. BOTTOM FEEDING. SCUMBAG. THIEF. LIAR. KING OF FALSE EVIDENCE. ENEMY OF ANY PLAINTIFF, HIS OR ANY OTHERS. SHOULD BE DIS-BARRED & PROSECUTED UNDER RICO STATUTES. GARRARD IS A DANGER TO SOCIETY 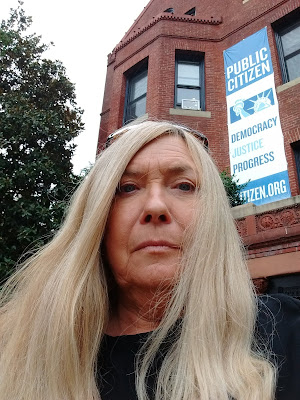 STILL STANDING UP FOR THE RULE OF LAW & EQUAL JUSTICE FOR PLAINTIFFS, NOT MASSIVE ABUSE BY ATTORNEY GARRARD &  CO-CONSPIRATORS!

"In a 1987 seminar for defense attorneys entitled ‘‘State of the Art Defense: Is it Real?,’’ Henry Garrard III, a defense attorney, described how defense counsel should use the SOA defense in asbestos litigation:

…Although OSHA is a creation of the 1970’s, the basic mindset of the general public is that the government has been involved intricately in control of workplace exposures almost forever. Most of the people today have not grown up in an atmosphere that did not include significant government involvement. This can become a play for state-of-the-art throughout… Probably the final thing to consider is the necessity to warn and the different timings of warnings is to attempt to get the jury to place themselves back in the 1960’s, 50’s, and 40’s with the realization that times were different and expectations were different. Human factors experts or historians in general may be experts that we as defense lawyers have overlooked which might be helpful in making these presentations. Additionally, industrial hygienists who are not medical doctors probably should be used to a greater extent than they are used now to show the newness of that field and how they in fact rely upon the threshold limit value concept in general. After all, the threshold limit value concept is probably the best thing the defense has in its arsenal.
The asbestos product manufacturer courtroom defense is also based on the argument that manu- facturers and downstream companies that used or  sold products had no duty to warn of hazards and  thus have no liability if their products resulted in exposures were under the TLV. This defense tries to convince juries that the TLV was statutory  rather than voluntary and that the government would have intervened to protect workers and the public had the industry’s products exceeded this limit. Essentially they argue that mere existence of a proposed safe level (the TLV) allowed them to escape liability that resulted from injuries that occurred to workers who were exposed to asbestos or asbestos-containing products that the industries sold. However, because the TLV was not health protective for either asbestosis or lung cancer, the companies must also contest the historical acceptance of the asbestos– cancer relationship.

As early as 1976, the AIA – an organization of asbestos product manufacturers and fiber suppliers – gathered to design the SOA defense. The defense was dependent upon the work that MetLife and others had previously done to cover up important cancer and TLV information. The AIA formed a ‘‘Legal/ Medical Research Program’’ and stated that ‘‘the primary purpose of the Legal/Medical Research Program is to improve the quality of defenses for asbestos companies involved in third party liability suits in tort.’’ [emphasis added]

They hired Philip Enterline, a professor of biostatistics at the University of Pittsburgh, to conduct a literature review that could be used to contest the date of the acceptance of the asbestos–cancer relationship. This paper would help the companies establish that their reliance on the TLV had been reasonable if they could show the medical and scientific community did not accept the relationship between asbestos and cancer until the 1964 Selikoff conference. At the time the asbestos companies concocted this defense, it was known that exposures after 1964 would not have contributed to any pre- 1980 mesothelioma cases due to the twenty-year latency period between exposure and disease manifestation.

By hiring Enterline, the industry successfully developed a SOA defense that only focused on public knowledge published in the United States, ignoring both the European consensus that asbestos was a carcinogen and the unpublished information about cancer that the companies hid from the public for decades. In effect, the companies hired Enterline to ‘‘discover’’ what they could have known had they read the US literature during the time periods in question. The companies withheld all their own studies from Enterline, including the studies that  Dr.  Leroy Gardner conducted at the Saranac  Laboratories  in  the 1930s. Detailed in our previous paper, Gardner’s experiments found an 81.8% tumor incidence in mice exposed to asbestos. MetLife and the brake manufacturing companies agreed that this information should be deleted from the final publication of Gardner’s research (1951) after his death. Despite the withheld information, Enterline’s original monograph, which was given to the AIA in 1978, but not published until 1991, stated that: ‘‘Few authors ever expressed doubt about the relationship between this rare tumor [mesothelioma] and asbestos exposure and by 1953, the issue was fairly well resolved.’’

Studies in 1930’s by Gardner never publicized yet 1978 paper by Enterline published in 1991 still showed cancer caused by asbestos exposure well known by 1953.

Garrard served as lead counsel on the defense side of complex mass tort and product liability litigation. From 1982 to 1999, he served as national trial counsel for Pittsburgh Corning Corporation, a manufacturer of asbestos-containing products, and he represented a number of other corporate defendants in asbestos litigation. He served as lead counsel in complex product liability jury trials in State and Federal courts throughout the United States, including several consolidated multi-plaintiff trials against numerous defendants. Henry was lead and coordinating counsel for Pittsburgh Corning in two mass consolidation trials tried before the Honorable Andrew McQueen in Kanawha County Circuit Court, Charleston, West Virginia, both of which included more than 1,000 cases. He acted as lead defense counsel for one of several defendants in the Cimino v. Raymark Industries, Inc. trial before the Honorable Robert Parker of the U.S. District Court for the Eastern District of Texas, which at the time was the largest joint consolidation/class action trial to be tried in Federal Court. 151 F.3d 297 (5th Cir. 1998). More importantly, as lead counsel for Pittsburgh Corning Corporation, he worked extensively with lawyers from across the country towards resolution of cases, and during his time as counsel for Pittsburgh Corning he resolved thousands of cases.”

“Henry G. Garrard III and other members of Blasingame, Burch, Garrard & Ashley involved in representing Pittsburgh Corning knew False Evidence was placed into the record that denied and/or suppressed the asbestos-cancer link, known by industry and their associations as far back as 1933. During the trial period when Garrard and Blasingame, Burch, Garrard & Ashley represented Pittsburgh Corning, 448 members of the class died waiting for their cases to be heard. See Cimino v. Raymark Industries Inc., 739 F. Supp. 328 (E.D. 1990). Much worse is, hundreds of thousands have died from asbestos linked lung cancer and other asbestos caused diseases over the last 80 years.”

Posted by Lana Keeton at 4:41 PM No comments: